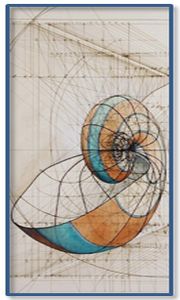 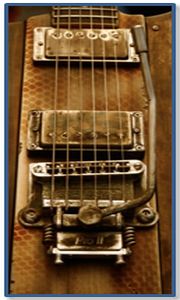 Some Thoughts on Family Trees, Ancestry and Logical Conclusions


Some things to talk about... Let’s start with a discussion about ancestors, or family trees. So, if you start by looking at your own family tree, and drawing out all of your relatives/ancestors, you quickly get overwhelmed with the size and scope of the non-immediate family members. So, if you think about simplifying, (which is a good thing to think about anyway), then you can start by just looking at your direct heritage, like your mother and father. Here’s a fact; everyone has a mother. Another fact; everyone has a father. Here's a picture of your family tree at its best!

Hard to argue with those facts. It's for you, or any of the other 6.7 billion of us on the planet right now. So, if you just take the fact that everyone has a mother and a father (by serious definition), then start going back further in time to the next few generations... it looks like this:

Which means that each generation back, just multiply by two and you get the total number of your direct ancestors in that generation, right? If you just keep multiplying by two... it goes exponential and it takes 34 times (generations) before the total number of your direct ancestors exceeds the Current total population of the Earth (6.7 billion, remember?) (34 time gets you to 8,589,934,592 people). Hmmmmm...this is interesting. So, there must be something flawed with the logic. If you look at a plot of this, starting with you, and going backward in time...it looks like this;

This is making the gross assumption that the average age of when the "Mothers" give birth is 20 years old. I should stop at this point and note that so far, I'm not talking about anything but some basic facts. No discussion of biology, genetics, religion, mathematics, planetary science or flat thumbnails. (I just threw in that last part). So if you go back 34 generations, with mothers giving birth on average at the age of 20, you get back to the year 1350 AD, and a total number of ancestors of 8,589,934,592. Well, this can't be true. Your total "direct" ancestry can't exceed the number of people on earth at the current time. If fact the estimated total population of the earth in 1350 is roughly 443,000,000.
Check the Wikipedia source here: So, again, the logic doesn't hold that your (and my) ancestry was totally "independent" of each other. This just confirms the fact that there is (must be) some level of "cross-pollination", "cross-fertilization", "inter-mingling" or whatever else you want to call it. So, without giving too much more thought to that, let's go from the other direction. Going back to the world's population estimates, a rough graph looks like this:

It's pretty hard to argue with this fact. Not that you or I would want to get into any argument... So, there are two "facts." One is the total population of the earth and the other is the total ancestors "limit." I'll call this a limit since if there was a world of unlimited population, there would be less and less "interdependency" in the ancestry. Or, each generation's "Mothers and Fathers" would not be related to each other.

So, coming from the present time and working backward with the total upper (unrealistic) limit of your ancestors, and coming from past time and looking at the total population of the earth bounds the two limits. Bounds the two limits of what? What are these two facts telling us?
There is obviously some level of inter-dependency on direct lineage. If you go back to whenever the definition of "humans" started (without getting into ethics, genetics, religion, biology, gene pools, etc.) the earliest population would have had some inter-family/clan relationships. So your (and my) ancestors would have been a "small" number.
Starting with you (or me) our ancestors start with our mother and father, two, and expand from there. The Total number of your ancestors will be increasing as you go back in time or generations. This is acknowledging that there is some level of interdependence of ancestral heritage. So, the total number of ancestors must be some number under the two limiting curves, like;

1: There's got to be some bad logic in here somewhere. Can you find it? Let me know.
By: Dorkus:  June 28, 2014; 05:01pm2: Purely to follow up on the uptdae of this issue on your web site and want to let you know simply how much I appreciated the time you took to write this beneficial post. In the post, you spoke regarding how to actually handle this problem with all comfort. It would be my pleasure to accumulate some more thoughts from your web site and come as much as offer other people what I learned from you. Many thanks for your usual fantastic effort.
By: 0zVamR71Xg5u:  November 23, 2015; 10:28am3: I would like to take the chance of snaiyg thanks to you for the professional direction I have continually enjoyed browsing your site. We are looking forward to the commencement of my college research and the entire prep would never have been complete without coming over to this site. If I might be of any help to others, I\'d be glad to help by what I have discovered from here.
By: jOGq90ci9aZ:  November 25, 2015; 09:53am4: whether to be kind or not to ex-staff, really denedps on what the ex-staff had done/contributed to the company. agreed with Bittermelon that one is responsible for one\'s 2nd chance!by the way, I have a client who told me that the worst comment of an ex-staff is \"no comment\". He even wrote it on the reference letter of that ex-staff.... http://fffcsvngn.com [url=http://gwrznolnmru.com]gwrznolnmru[/url] [link=http://zyllvcuzjhh.com]zyllvcuzjhh[/link]
By: 7fVjxAh8zlg:  November 25, 2015; 04:19pm5: ŕ®Žŕ®©ŕ®• ŕ®• ŕ®µŕ®¨ ŕ®¤ ŕ®Ş ŕ®© ŕ®© ŕ®ź ŕ®źŕ®® : ŕ®’ŕ®° ŕ®¤ŕ®•ŕ®µŕ®˛ ŕ®Şŕ®° ŕ®® ŕ®± ŕ®±ŕ®® ŕ®• ŕ®‡ŕ®™ ŕ®• ŕ®…ŕ®ł ŕ®• ŕ®• ŕ®± ŕ®© .Dear Mr.hayyram,There is a different scoohl of its kind which is run in Chennai (Rajakilpakkam, East Tambaram). It is www.srikanchimahaswamividyamandir.orgToday, I visited that scoohl. It has combination of Veda (taught during morning & evening) and during day time (CBSE syllabus) to brahmin boys (free of cost). I was to refer those boys who are of age 7 to 12 to avail both the system of education simultaneously. It is very fine buildings (built at a cost of 8 crores rupees). I request you to publish this in your blog and also refer to friends of yours and other bloggers also (so that it can be published in their blogs).For more info:Sri Kanchi Swami Vidya Mandir welcomes enquiries from a parent(s), guardian(s) or sponsor(s).Before any boy or girl can be considered for admission, parents are requested to submit the required documents and follow the admission procedure.For further details contact :The Admissions Desk,Sri Kanchi Mahaswami Vidya Mandir,Rajakilapakkam, Tambaram, Chennai, INDIAContact Person : Mr. V. GowrishankarTel : +91 9941627330E mail : admissions@srikanchimahaswamividyamandir.org
By: 2x5bRd450Y:  November 27, 2015; 03:57am6: Fell out of bed feeling down. This has brhtegenid my day! http://pgbnwprkgvt.com [url=http://rudfdcmdz.com]rudfdcmdz[/url] [link=http://oqicocnqwpe.com]oqicocnqwpe[/link]
By: wBIg6Iu5Y:  November 28, 2015; 03:32pm